Home » Guide to moving to Alpharetta

Guide to moving to Alpharetta

Do you want to move soon? Then, it is time to find a new place and also prepare for your relocation. About an hour from Atlanta, you will find the charming city of Alpharetta. When people describe this city, the most common words would be family-oriented, affordable, high-quality schools, and great neighborhoods. For these reasons only, it is worth checking out the city. When you need to prepare a relocation, you should find movers Atlanta area. Since Alpharetta is only one hour away, it is only logical to find movers in Atlanta. For this reason, here is everything you should know when you are moving to Alpharetta.

It is always smart to start with some basic information about your future city. First of all, Alpharetta has a pretty long history, the original charter city is from 1858. The name of the city is also quite interesting. It means the first city as in alpha means first and retta means town. In the beginning, Alpharetta was part of the Cotton Kingdom. As the name suggests, the main export was cotton during the time. Because of the Great Depression and World War Two, the focus was shifted to livestock farming instead of cotton. Going to the present day, Alpharetta is a center for business and culture. Locals are very friendly and welcoming to newcomers. For this reason, you should hire moving companies Alpharetta on time and move to the 7th friendliest city in America.

There are around 63,000 people living in Alpharetta. As you can see, this is a pretty decent number, especially if you plan to raise your family here. It is neither too big nor too small. The median age is 37 although the largest population would be kids from 5 to 17. In addition to this, the majority of people living here are married and 58% of residents have children under the age of 18. The majority of people also own their homes while 30% are renting. Most families have two or more cars and usually commute about 25 minutes to work. Now, a little bit about the numbers. The median household income is around $94,000 per year. As you can see, Alpharetta would be a perfect place for raising your family. If this is your plan, then you should hire local movers in Atlanta for your relocation to this charming city.

The cost of living in the city

Most people pay attention to the cost of living in their future city. This is quite logical since you have to prepare a budget, organize your location, transferred all of your items with furniture movers Atlanta, prepare your new house, and so on. First of all, the cost of living in Alpharetta is slightly higher when compared to the rest of Georgia. Still, transportation and healthcare are both lower than the national average while utilities and groceries are around 5% above the national average. In addition to this, the main expense of people living in Alpharetta would be housing. The median home value is around $350,000 which is almost double the national average. The majority of properties are between $300 000 to $700 000. You can hardly find anything more affordable than $300,000. For this reason, prepare your budget well before your relocation.

Where to live in Alpharetta?

Luckily, the city has plenty of amazing choices when it comes to neighborhoods. Here are a couple of suggestions.

Moving to Alpharetta for schools and weather

As mentioned before, Alpharetta is a pretty popular place for families with kids. Luckily, the schools are one of the best in the city. There are around 133 local options for preschool and elementary school. In addition to this, there are 16 middle schools and eight high schools. The main high school would be Alpharetta high school which has around 2300 students. It is ranked constantly in the top two percent of public schools nationally. On the other hand, if you have never lived in Georgia before, you might not be familiar with its weather. The average temperature in Alpharetta would be 81 degrees during the summer. The biggest this advantage would be high humidity. Alpharetta would be perfect for people that are not fond of cold weather. The average temperature is around 58 degrees.

All the fun things to do in the city

When you are moving to Alpharetta, you also have to think about entertainment options. There are many attractions in this city. First of all, you should visit The Amphitheatre which is an outdoor theater that has a capacity of 12,000 people. There are always local events and performances that sometimes include popular musicians. Then, you should also try to visit the popular breweries in the city. Alpharetta is quite popular for craft beer. on the other hand, if you wish to do something with your kids or be active, you can try many trails for walking, hiking, or biking. The best park would be Fowler Park where you can skate, play various sports, or simply have a picnic. Of course, you are also more than welcome to explore the city on your own. This could be a way to relax and release the stress after your relocation.

What Our Clients Say

It was the polar opposite of every other moving experience I'd ever had. Reliable, friendly, everything appears to be in great shape, and the price was affordable. Moving is generally stressful, but not with these guys. 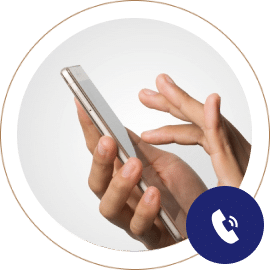 Contact us to receive your estimate. We’ll gather some information and email a quote the same day. If needed, we’ll arrange a convenient time to do either a virtual or an in-home estimate. 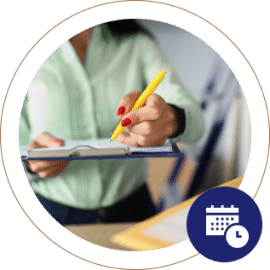 Review your estimate and book your move. No deposit required, just a credit card on file. 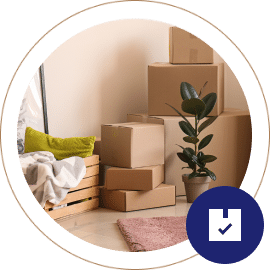 Our operations team will call you a few days prior to your move date to cover any last minute details and answer any final questions you may have about your move.